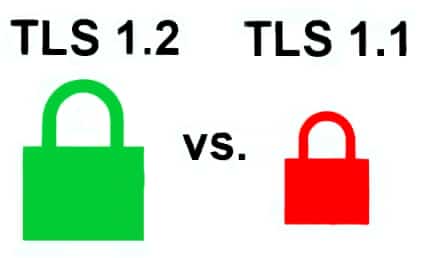 Google has been trying to phase out TLS version 1.1 for years now, but the deadline for upgrading to TLS 1.2 has been pushed back numerous times. Late in 2017, Google announced the final deadline for webmasters to make the switch to TLS 1.2 to be set in March of 2018.

If your domain is running a version of TLS that is older than 1.2, then you can expect to receive warnings in your Google Search Console that look like this: 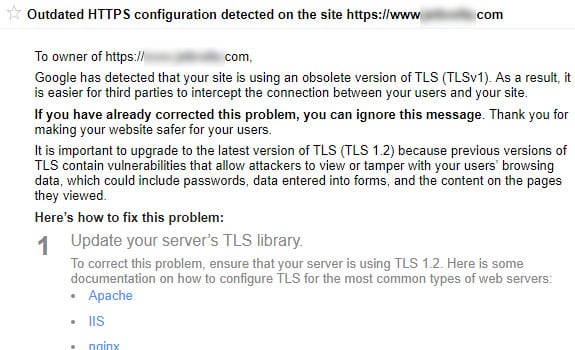 Work with your hosting company to upgrade to TLS 1.2, so your SEO and organic search is not negatively impacted from TLS 1.1 or lower.  Previous versions of TLS 1.1 or lower have been known to contain security vulnerabilities that allow attackers to view or tamper with your browsing data. This includes the user’s passwords, data that has been entered in forms, and all the content that is viewable on a page.

Transport Layer Security (TLS) is a security-related protocol used to encrypt and protect data that is sent over computer networks. TLS has succeeded the older Secure Socket Layers (SSL) protocol and has seen a few major updates over the years: 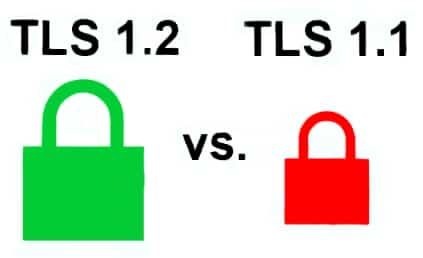 Updating to TLS 1.2 and Beyond

Despite major updates to TLS, many websites are still running older versions to secure their data which is putting their users at risk. At the very least, upgrading to TLS 1.2 should be a must, and updating to TLS 1.3 can provide even more in terms of securing your user data. The real downside to updating your version of TLS is that many users browse the web on legacy browsers which do not support newest versions of TLS. Updating to 1.2 may exclude a small portion of your user base, and updating to 1.3 will exclude even more of your user base from being able to access your website, but the improvements in security and speed may be worth the trade off.

How Can We Help?